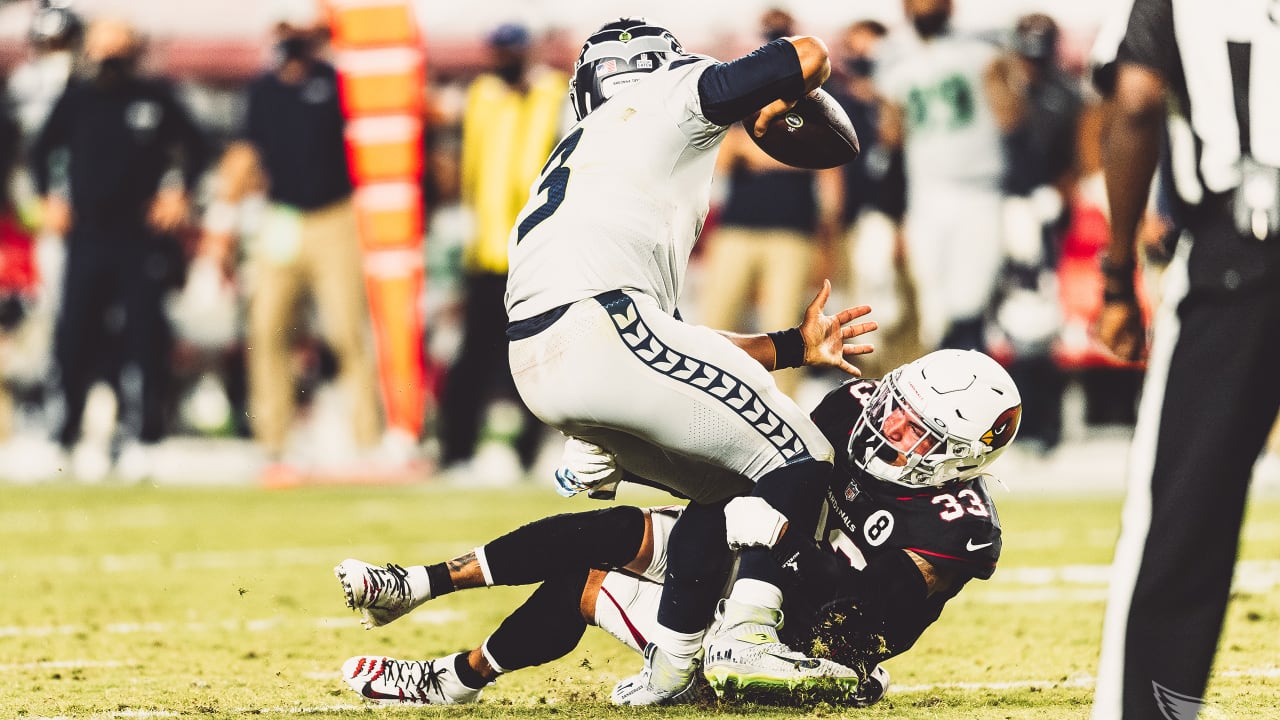 It was a group effort. Cornerback ﻿Patrick Peterson﻿ had an interception on an overthrow to keep the deficit at three points late in the third quarter. Reserve linebacker Tanner Vallejo had a tackle on third-and-2 with one minute left to force a punt.

Cornerback ﻿Byron Murphy Jr.﻿ and Reddick had sacks in overtime, while rookie linebacker ﻿Isaiah Simmons﻿ had the game-changing interception to lead to the winning field goal. Wilson had two picks in the second half and three overall in the contest.

“When you play a team like that, which is the highest-scoring team in the league and their quarterback is phenomenal, it’s about takeaways, because they are going to get their yards, and they made them at crucial points,” Kingsbury said. “When the game was on the line, they showed up the biggest.”

Even Seattle’s lone score of the second half wasn’t easy, as Tyler Lockett made an incredible touchdown reception on fourth-and-2 from the 3-yard-line in the fourth quarter.

There were questions about the level of competition the defense had faced through six games, and the first half seemed to confirm the group was propped up by facing weak offenses. But the in-game turnaround proved that this defense has many more playmakers than it did a season ago.

“It wasn’t pretty in the first half, but in the second half we played up to our standard,” Reddick said.

When the Seahawks won the overtime coin toss, the Cardinals’ defense felt like one stop was all it needed, because the well-oiled offense would do the rest.

It went exactly as planned for awhile, as the Murphy sack forced a punt and the offense easily drove down into field goal range. However, a choppy sequence ended in a missed kick by Zane Gonzalez, forcing the defense to do it again.

After Simmons snatched the Wilson pass out of the air, the work was finally done.

“Yeah, it took an extra drive, but at the end of the day, we got the offense the ball back and they got the field goal,” safety Budda Baker said. “Cards win.”

Tags: defense had was

How To Watch Arizona Cardinals vs. New England…