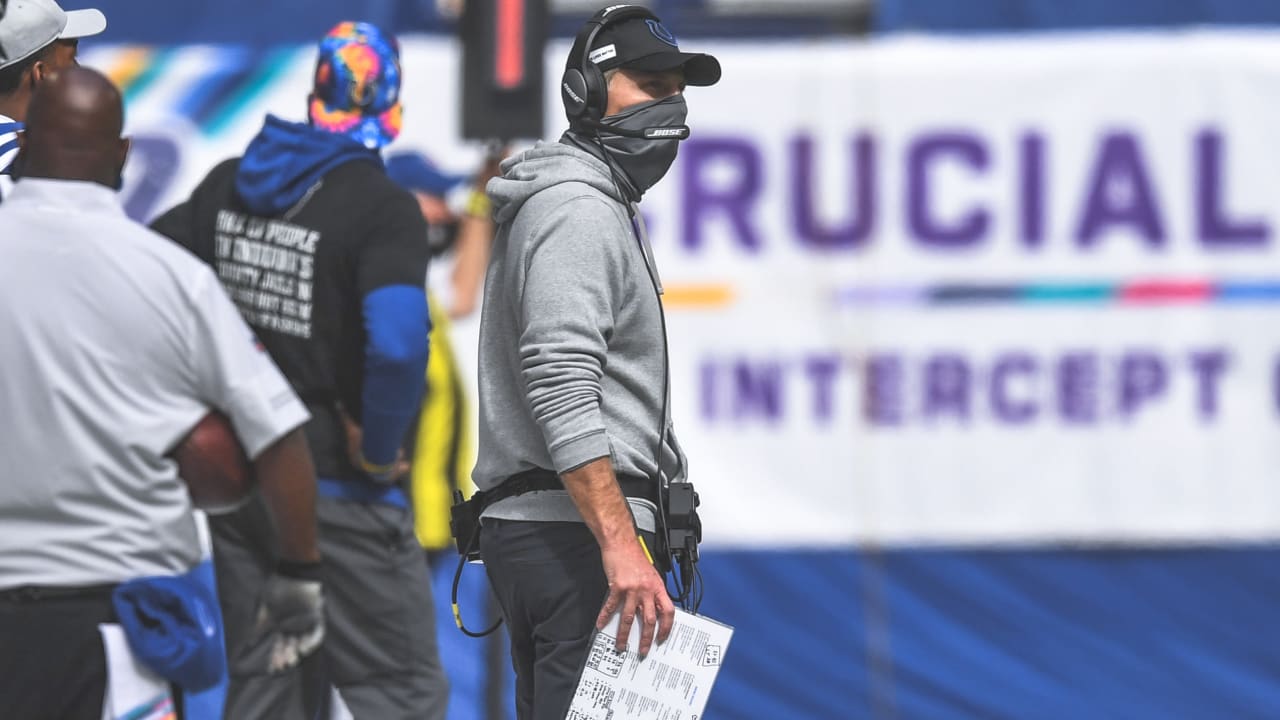 » Getting Darius Leonard back will add a needed “presence” for the defense: The two-time All-Pro Leonard went down with a groin injury just before halftime of the Colts’ Week 4 win over the Chicago Bears, and has missed Indy’s last two games against the Cleveland Browns and the Cincinnati Bengals.

After resting up during the bye week, Leonard could possibly return this Sunday, when the Colts head to Detroit to take on the Lions in their Week 8 matchup at Ford Field.

With Leonard out the last 2.5 games, the Colts have mostly turned to Bobby Okereke, Anthony Walker and Zaire Franklin at the linebacker position, and the trio has responded well, to the tune of 57 combined tackles (two for a loss) with two interceptions and five passes defensed over the course of the last three contests.

But Eberflus said getting Leonard back should be a much-needed shot in the arm for the defense, and the team, as a whole.

“Him being in there in practice, his presence in practice, his emotion, his passion certainly is contagious and we all know that, He is contagious for the entire building when he is in the locker room and on the practice field. So that’s No. 1 — his passion and the enthusiasm he brings every single day because this guy comes to work every single day,” Eberflus said of Leonard. “his guy is one of our hardest workers, if not the hardest worker on the practice field and he brings it. He means it when he brings it. So, it’s coming from the heart with him and his presence on the football field certainly is felt as well.

“Obviously, we have him standing right over the football on the hash right there over the quarterback, and that’s by design because we feel he is one of our premier player,” Eberflus continued. “He is a definite presence in the run and pass game so we are excited to get him back.”

» First-half issues the last couple games have boiled down to all-around execution: While the Colts have had one of the best overall defensive units in the NFL through the first seven weeks of the season, the team has had to battle back through some major issues on that side of the ball through the first two quarters of its last two games against the Cleveland Browns and the Cincinnati Bengals.

While some have mentioned general “miscommunication” issues as the primary problem over the first two quarters the last couple games, Eberflus wanted to clarify that the coaches and players are all on the same page in terms of what the play calls have been from play to play.

In general, it’s the execution of those play calls that has been the issue.

“That’s coach and player and player and coach.” Eberflus said. “It’s not like the guys are out there saying, ‘Hey, we’re making this call,’ and all of a sudden they say, ‘I didn’t know it was that call.’ That’s not what’s going on. We have to make sure we are executing the call and the technique that’s required for the call. That’s again, focus by coach and player during the course of the week and making sure we do that and that’s also on me to make sure it is set up that way. We accept all responsibilities player coach, coach and player and we are going to improve on that going forward.”