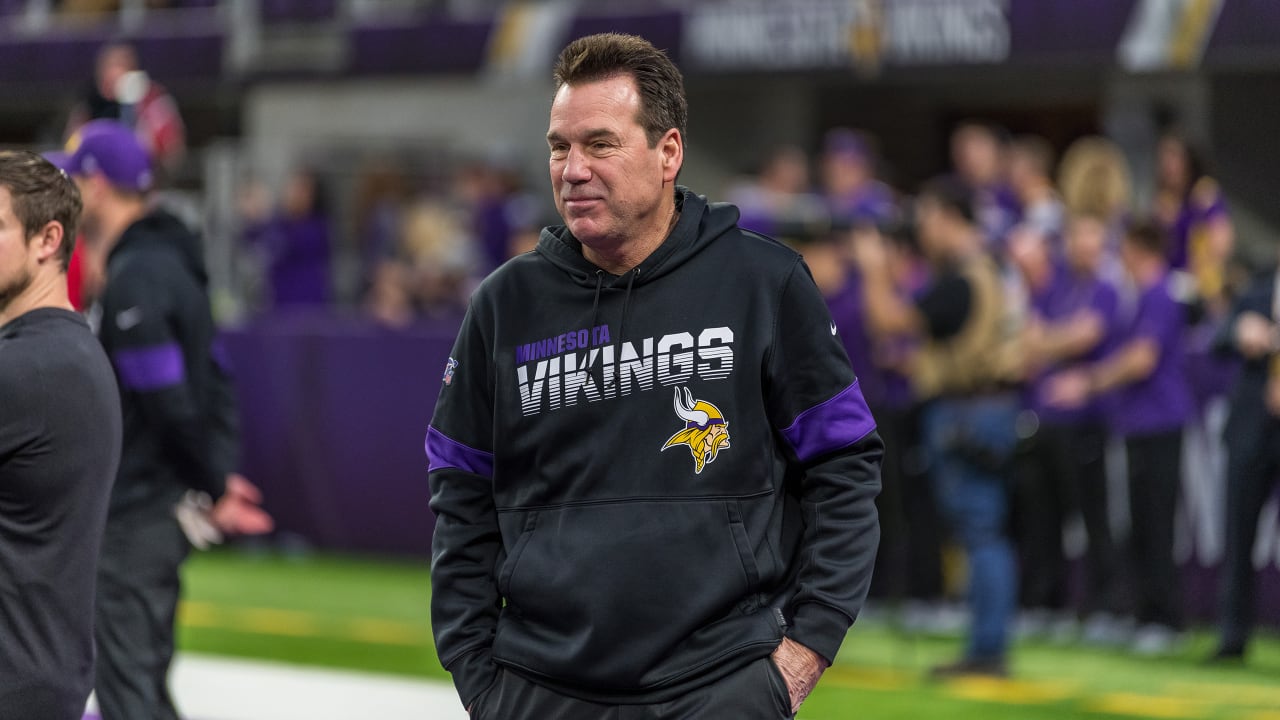 Kubiak has nearly 10 years of head coaching experience in the NFL and has an 82-75 overall regular-season record. He was the head coach in Houston for nearly eight seasons from 2006-2013 and went 61-64 while leading the Texans to a pair of AFC South titles and two playoff appearances.

Zimmer was highly effusive in his praise for Kubiak during the 2019 season in which Kubiak served as a mentor for former Vikings Offensive Coordinator Kevin Stefanski, who was recently hired as the Browns head coach.

“It’s probably the best thing that’s ever happened to me since I’ve been here,” Zimmer gushed in November. “He’s very smart. I talk to him a lot about what he’s done as a head coach.”

Kubiak’s presence should also help Vikings quarterback Kirk Cousins build off what was perhaps his best season in the NFL. Cousins completed 307 of 444 passes (69.1 percent) for 3,603 yards with 26 touchdowns and six interceptions in 15 games in 2019. His passer rating of 107.4 was a career high and ranked fourth in the NFL.

“I think first of all, it helps that there’s going to be continuity,” Cousins said. “This is going to be my fifth voice in my helmet calling the plays in five years, so I was hoping for continuity, and we’re going to be able to have that.

“Gary’s obviously proven himself as a player, as a coach, as a coordinator,” Cousins added. “So, we’re in a good spot. We have great leadership there at the coordinator position, and I’m excited to get back to work with him.”

Zimmer also felt it was important for Cousins to stay within the same scheme to help give the quarterback and the rest of the Vikings offense a chance to be successful.

“I think Kirk played a lot better this year than he did the year before. I think obviously the scheme helped him quite a bit, and so I think yeah, I think this may have been his best year that he’s played in the NFL,” Zimmer said. “

“It’ll be the same system. Obviously [Kirk] is going to have a new offensive coordinator. It’ll be his fifth coordinator in five years … or at least voice in his ear on game day,” Zimmer added. “So I mean there’s nothing I can do about that, but I think it’s important not just for Kirk, but for the entire offense, to have the same system, the same calls and things like that so that when they come in here on day one it’s not completely foreign to them.”

The Vikings showed a vast improvement in the running game in 2019 as running back Dalvin Cook led the way with 1,135 rushing yards and 13 rushing touchdowns on the way to his first Pro Bowl nod.

Cook said he likes the continuity that accompanies the Kubiak hire and that the longtime coach made quite an impression in his first season in Minnesota.

“I think it was important they hired Coach Kub’ to keep everything right there in the building. That was key. I think Coach Zim’ knows what he’s going to get done. We know what he wants to get done. That’s a great hire to me.

“When [Kubiak] speaks, his presence is felt,” Cook added. “Anytime Kub’ reached out, as a player, you want to know what he has to say. It just goes to show the type of man he is and they type of coach he is. We respect him so much in the offensive room.”

Even though the run game is at the forefront of Kubiak’s scheme, Cousins said the veteran coach has a way of keeping opponents guessing.

“He’s very detailed, a hard worker,” Cousins said. “He’s very creative – does a great job with avoiding being predictable. And he does a very good job marrying the run and the pass.

“He’s a football guy,” Cousins added. “He loves the game, and he works hard at it, and that’s a player’s dream.”