EAST RUTHERFORD, N.J. — Joe Judge’s résumé has only a trace of offensive experience. The New York Giants‘ coach added wide receivers to his responsibilities last season with the New England Patriots after serving as the special teams coordinator.

It is hard to imagine given this relative lack of experience that he is going to be the driving force in designing the Giants’ offense. That responsibility will likely fall on Jason Garrett, who has spent the past 14 years designing and overseeing the Dallas Cowboys‘ offense.

This is what makes the hiring of Garrett so vital to Judge’s success. Garrett will essentially be the offensive head coach and Patrick Graham will do the same for the defense, with Judge overseeing the entire operation.

When the Giants take the field in Week 1, the offense will undoubtedly have a heavy Garrett influence built around Judge’s overarching vision. It will begin with a run-first mentality.

“First thing we want to be able to do is run the ball,” Judge said recently. “We’re going to run the ball. [Garrett has] done it successfully in Dallas throughout the course of his career. Jason brings with him a lot of experience in a lot of different systems. So, the one thing he’s been able to do is draw from his experience as a player and coach in different systems and really create a player-friendly system that creates multiples within game plans. And that is what I want to build as the base for this team.”

If history is any indication, the Giants’ offense will be heavy on 11 (three wide receivers) and 21 (fullback instead of a third receiver) personnel sets. Garrett has also been known to use three-tight-end formations in his tight-end-friendly operation, which should be beneficial for the talented but oft-injured Evan Engram. He can be the Giants’ Jason Witten (as a pass-catcher) if he can stay healthy. Witten is second all time among tight ends with 1,215 receptions.

Garrett’s desire to feature a slot receiver in the passing game also fits with his new team. Sterling Shepard and Golden Tate have been among the league’s most productive players out of the slot. Tate is sixth among all receivers with 2,070 yards out of the slot since 2016 and Shepard is eighth (2,051).

They see the potential.

“Cole Beasley did well [with Dallas]. Randall Cobb did well. I’m a similar player to those guys,” Tate told ESPN from the Waste Management Phoenix Open this week. “Hopefully we can get on track very quickly.”

Garrett’s running game in Dallas featured downhill schemes designed to feature power backs such as DeMarco Murray and Ezekiel Elliott. This might have to be altered to fit the Giants, with star running back Saquon Barkley a centerpiece of the offense. 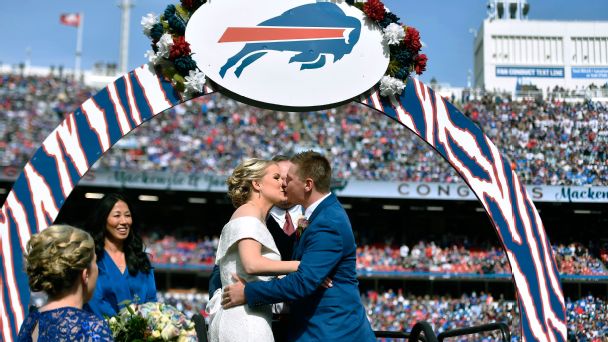 “He’s probably more of a stretch guy. I think he struggles when it’s downhill,” an NFL defensive coordinator said of Barkley. “[He] needs gap scheme and stretch stuff. They did that a little bit in Dallas, and kind of always have done that.”

Garrett runs a timing-based offense, a digit system he learned from Norv Turner and Ernie Zampese. It is known to be quarterback-friendly and simple. It allowed a young Tony Romo and Dak Prescott to experience immediate success.

This is promising for quarterback Daniel Jones, who will be entering his second season with the Giants. He flashed as a rookie, throwing 24 touchdown passes in Pat Shurmur’s varied offense, which had some Turner influence (they worked together for several years in Minnesota).

It gives Garrett plenty of ammunition to prove the doubters wrong.

“I’m not one of those people who believe [Garrett] lost his ingenuity overnight or over the course of his tenure with the Cowboys,” said current 98.7 ESPN New York host Chris Canty, who was in Dallas when Garrett first arrived and played against Garrett’s offense as a defensive lineman with the Giants. “I still think he’s a good play designer, and I think he’s a good playcaller, and we’ll get an opportunity to see that this year with Daniel Jones. People forget Prescott was a fourth-round pick that was a Week 1 starter. That team won 13 games. It’s not like Jason Garrett forgot football.”

Canty was especially complimentary of the way Garrett designed and sequenced his plays prior to becoming head coach. He thinks taking a step back and shedding some responsibility will serve him well.

If history is any indication, expect the Giants to be aggressive on the early downs. Canty remembers Garrett incorporating third-down passing concepts on first and second downs. This isn’t especially common.

“That was just one of his strategies,” Canty said.

It will be a welcomed change for Giants fans who were critical of Shurmur for running Barkley into the middle of the line on first and second downs, even if it wasn’t necessarily true. The Giants were fifth in the league last season with 12 passing touchdowns on first down.

They could see much of the same going forward. The Cowboys were among the most successful passing teams on first down from 2007 through 2012 under Garrett when they averaged 7.82 yards per attempt, seventh best in the NFL. Their 66 passing touchdowns were third behind the Green Bay Packers (Brett Favre/Aaron Rodgers) and New Orleans Saints (Drew Brees).

That melds well with Jones’ aggressive nature, which will be important because the Giants need to make sure Garrett’s offense fits their young quarterback’s strengths. They need to make it work with Jones (No. 6 overall pick in 2019) and Barkley (No. 2 overall in 2018) as the focus.

“It’s important to me that we get this right,” Judge said. “That we build the base of this offense correctly for the young players we have in this organization. And that’s for all the ones you’re thinking about — the skill players, the offensive line. We have to build a foundation this year. This isn’t about a quick fix. This isn’t about getting someone in here who has some magic solution or some sexy offensive name on paper in terms of what they may be running.

“This is about finding someone who has consistently performed, has gotten the most out of players — different players over the course of time in different circumstances — that we can lay that base for players and build it for years to come.”

Judge decided that someone was Garrett.