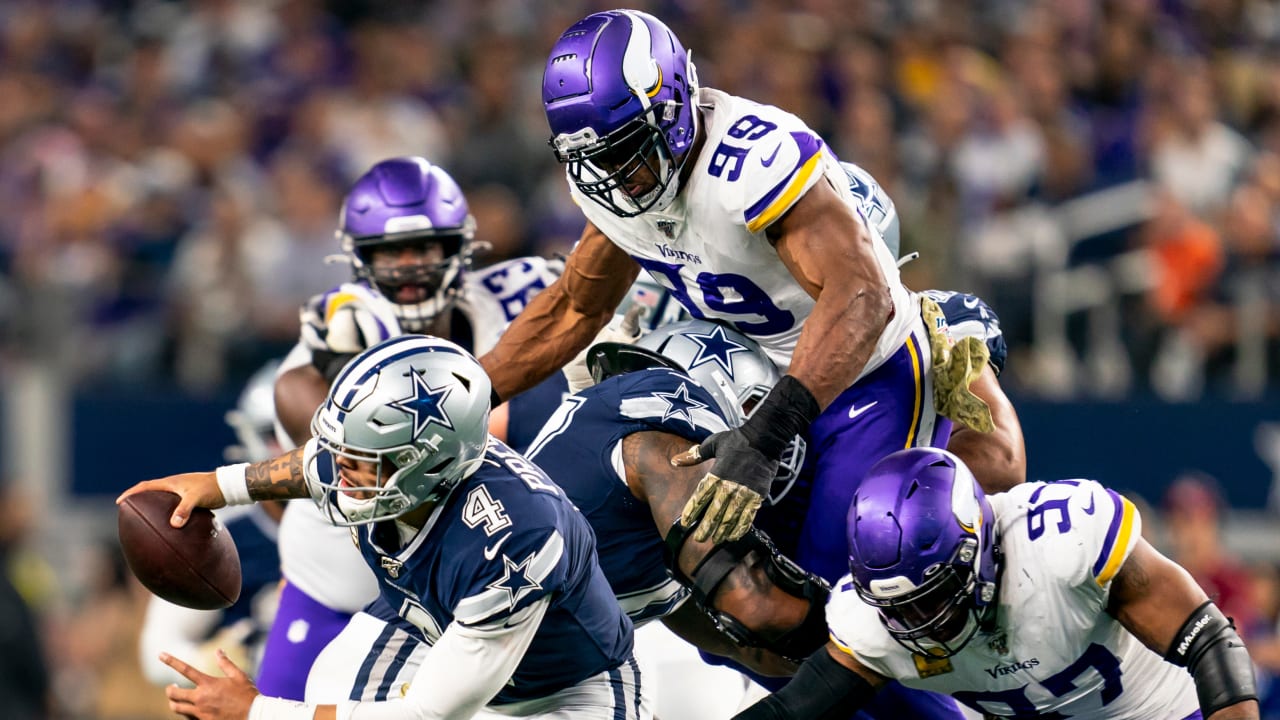 Here’s a look at 10 numbers of note for Minnesota’s bye week:

114.8 — Vikings quarterback Kirk Cousins has a passer rating of 114.8 this season, which ranks second in the league behind Russell Wilson’s 114.9 rating. Cousins has thrown for 2,765 yards with 21 touchdowns and just three interceptions.

71 — According to Pro Football Focus, Danielle Hunter leads the NFL with 71 total quarterback pressures. The defensive end is on pace for 100-plus pressures in 2019 and become only the third player to achieve that feat since 2006 (Tamba Hall in 2010, Von Miller in 2015).

19.1 — Stefon Diggs is averaging 19.1 yards per catch. He has 880 yards on 46 receptions. The wide receiver is tied for third in the NFL with that average.

Plus-84 — Minnesota currently has a point differential of plus-84, which ranks fifth in the NFL and third in the NFC.

12 — Vikings linebacker Eric Kendricks leads the team, and all players at his position, with 12 passes defensed. He is also tied for the Vikings single-season record for pass breakups by a linebacker.

731 — Vikings rookie center Garrett Bradbury is the only player to have played each of Minnesota’s 731 offensive snaps in 2019. No Vikings defensive player has been on the field for all 735 of that unit’s snaps.

15 — The Vikings rank 15th in the NFL in terms of time of possession. Minnesota has seen an almost even split in that category, as its offense has held the ball for an average of 30 minutes and one second each game.

8 — The NFC has five teams — the 49ers, Packers, Saints, Seahawks and Vikings — that have at least eight wins so far in 2019. The AFC has two such teams (Patriots and Ravens).