SANTA CLARA, Calif. — From the moment the San Francisco 49ers used the No. 2 overall pick on defensive end Nick Bosa on April 25, 2019, they had a pretty good idea what they were getting.

Through 16 regular-season games and one postseason contest, Bosa has left little room for surprise. Ask his teammates and coaches if there’s anything about his rookie season that caught them off guard and you will find nothing but shrugs and hand waves.

“Surprise me? Not really,” defensive lineman Arik Armstead said. “When he came in, I had the opportunity to meet him and see his work ethic and how talented he was in college; that’s the makings of a great player when you have that talent and put in the work. So nothing he’s been doing has really been surprising.”

Nothing about his performance, his personality? Nothing?

“Well, the game he had three sacks and a pick,” Armstead said, laughing at the memory of Bosa’s dominance in the Niners’ 51-13, Week 8 demolition of the Carolina Panthers. “That was pretty crazy.”

That Bosa’s rookie production seems to be normalized already speaks volumes about how polished he was when he entered the league. Many of the raw counting stats are solid, if not spectacular, as Bosa finished with 47 tackles, nine sacks, 16 tackles for loss, two fumble recoveries, two passes defended, an interception and a forced fumble.

In his first postseason game, on Saturday, Bosa also left quite an impression, finishing with six quarterback pressures against the Minnesota Vikings — including two sacks, becoming the first Niners rookie with multiple sacks in a playoff game since Dana Stubblefield did so in 1993.

But those numbers don’t tell the full story of Bosa’s impact in his debut season. Even when Bosa wasn’t getting home for sacks, he was causing havoc in the pocket. His 60 quarterback pressures were second-most in the league. Only Green Bay Packers linebacker Za’Darius Smith (63) has more, and Bosa’s total is 29 more than the next-highest rookie (the Oakland Raiders‘ Maxx Crosby).

Diving a little deeper, Pro Football Focus graded Bosa’s season as one of the best by a rookie since the company began rating players in 2007. According to their tracking, Bosa had 80 total pressures (including sacks and quarterback hits), 14 more than any edge defender has ever had as a rookie. Of 145 rookie edge defenders PFF has graded who have averaged 15-plus snaps a game, Bosa ranks fourth overall and fourth in pass-rushing grade, behind only Aldon Smith, Von Miller and Khalil Mack on the former and Smith, Miller and Joey Bosa on the latter.

“He’s come in and the guy understands how to rush the passer,” defensive coordinator Robert Saleh said. “He’s got great footwork, his strength, his lower half is probably one of the strongest in the league, not just out of rookies. His hand-eye coordination, especially when he’s in close quarters, is some of the best I’ve ever seen. He’s already beyond his years, and he’s only going to get better. That’s probably the biggest thing that sets him apart.”

Beyond his refined moves and pass-rush pedigree, Bosa’s emergence can be attributed to his consistent routine. Bosa often talks about the importance of taking care of his body and quickly took to following the same routine his brother, Joey Bosa, has been using for years, with an emphasis on stretching and flexibility. Bosa began that training during preparations for the NFL combine, working with Joey’s trainer.

Bosa’s daily routine includes time in the Niners’ hydrotherapy pool in the morning, treatment from the performance staff later with some weightlifting mixed in. After games, he is consistently the last one to his locker after cooling down and meeting with the media. It’s all part of his belief in finding something that works and repeating it.

“It’s just kind of who I am,” Bosa said. “Whenever I know something is good for me, I’m going to take full advantage of it. From high school on, maybe I had coaches telling me to do the wrong thing, but I thought it was the right thing. I would abuse it, thinking it’s helping me. Whenever I find something that I know helps me, I’m going to use it.”

That routine came in handy for Bosa as he battled his way through his rookie season. Early in the season, when the Niners were healthy and able to keep a rotation on the defensive line, they were able to keep Bosa fresh. He averaged 40.7 snaps in the first 11 games. He had 35 of his tackles and eight of his sacks in that time. 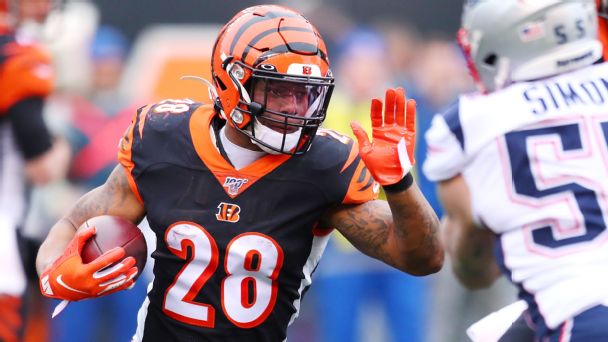 After a loss to the Atlanta Falcons in Week 15, Bosa blamed himself for not doing enough to come away with a win, though that sentiment didn’t last long. Bosa bounced back and showed that against the Vikings, even taking an extra moment to soak in the 49ers faithful chanting his name after having his wind knocked out late in the game.

“I don’t know how many sacks he got today, but he’s been pressuring the quarterback all year,” coach Kyle Shanahan said. “It was great that he ended it. I thought he sat there and milked his injury for a little bit longer just to hear the crowd chant his name. … He’s been a stud. He’s been awesome on the field, off the field. Extremely happy to have him on our team.”

Despite his early success, both Bosa and the Niners believe there’s still plenty of room for growth. Saleh points to added experience and the play and scheme recognition that goes with it as ways Bosa could continue to develop.

A better Bosa for the rest of the postseason, 2020 and beyond? Nobody would be surprised.

Bills not living in regret despite trading Patrick…