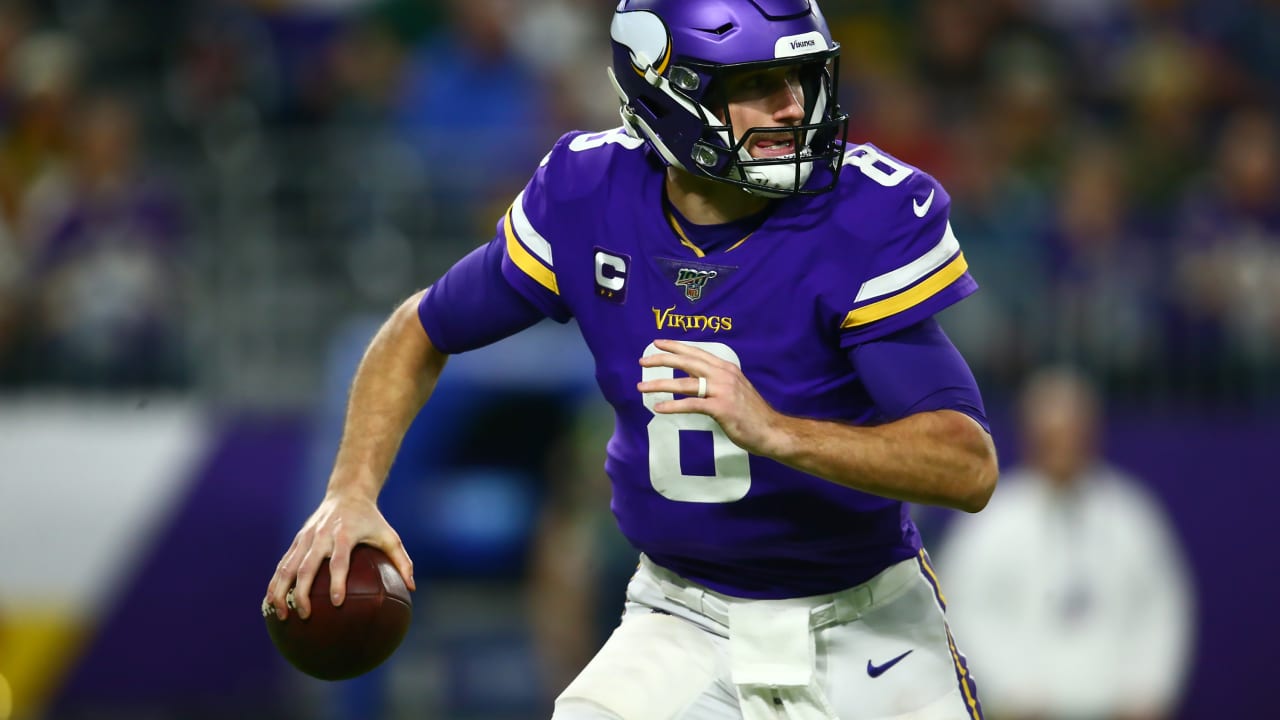 Here’s a look at where the Vikings rank:

The Vikings have to be wondering where they truly stand amongst the league’s power players after a humbling 23-10 loss to the Packers that decided the NFC North for Green Bay. Minnesota’s offense — playing without star running back Dalvin Cook— looked utterly lost, managing just 139 yards and seven (yes, seven) first downs all night. It was the team’s fewest number of first downs in a game since 1971. That it came in this spot, against this opponent, at U.S, Bank Stadium, serves as a major red flag for a Vikings team that entered Monday night fancying itself a Super Bowl contender. Kirk Cousins must live with this as well, a prime-time stinker for a highly paid quarterback whose had far too many of them. Cousins, now an outrageous 0-9 on the _Monday Night Football stage, will continue to be doubted in money games like these. Now even more so._

Plenty will be said about Kirk Cousins playing poorly in that moment, and it’s all deserved. But what about Mike Zimmer? The Vikings called timeout to punt in the second half, and if you thought that would be the worst decision of the night, Zimmer decided to punt trailing by two scores with less than four minutes left. That’s inexcusably bad game management from an NFL coach.

The Packers mauled them Monday night at home. Now they will have to take the rough road in the playoffs as the sixth seed.

Much like the Buffalo Bills, the Minnesota Vikings had a chance to send a message to the big bad bully of their division in Week 16. Granted, the Packers haven’t won umpteen consecutive division titles like the [New England Patriots], but the Pack is the most consistently successful team in the NFC North over the past decade-plus.

Minnesota’s defense kept it in the game in the first half against Green Bay, but the offense was a complete mess without Dalvin Cook. The Vikings had 139 yards of total offense and seven first downs.

Period. For the entire game.

The Vikings are a very good team. But in Week 16, they didn’t look close to capable of going into New Orleans, San Francisco or even Green Bay and getting a playoff win.

At least there are no playoff games on Mondays.

For a team whose only “quality win” of note this season came against the Cowboys, this felt like a much-needed wake-up call ahead of the postseason. Kirk Cousins stunk (16-of-31, 122 yards, TD, INT), the ground game was lost without Dalvin Cook (57 team rush yards) and the Vikes’ offense couldn’t take anything even resembling an advantage from the three turnovers and solid effort produced by their defense. Oh, and Kirk? That’s nine straight Ls onMonday Night Football.

The Vikings don’t want to be forgotten in the NFC playoff picture with their ticket punched. But their loss to the Packers brought up more skepticism against Kirk Cousins and their defense.

Less-than-inspiring Monday night performance (without Dalvin Cook) locked them into sixth seed and strongly suggested this will be one-and-done playoff outfit.

Cook is expected to be shut down for the final week, given the Vikings have locked up a playoff bid, but the running back’s impact on this offense is the reason they’ll be playing in January. The way the offense was built around him has helped everyone be successful, notably quarterback Kirk Cousins, whose play-action attack has the Vikings firing on all cylinders. When Adam Thielen missed six weeks, Minnesota was able to thrive with the heavy use of its run game, and Cook entered the league-wide MVP conversation in that stretch.