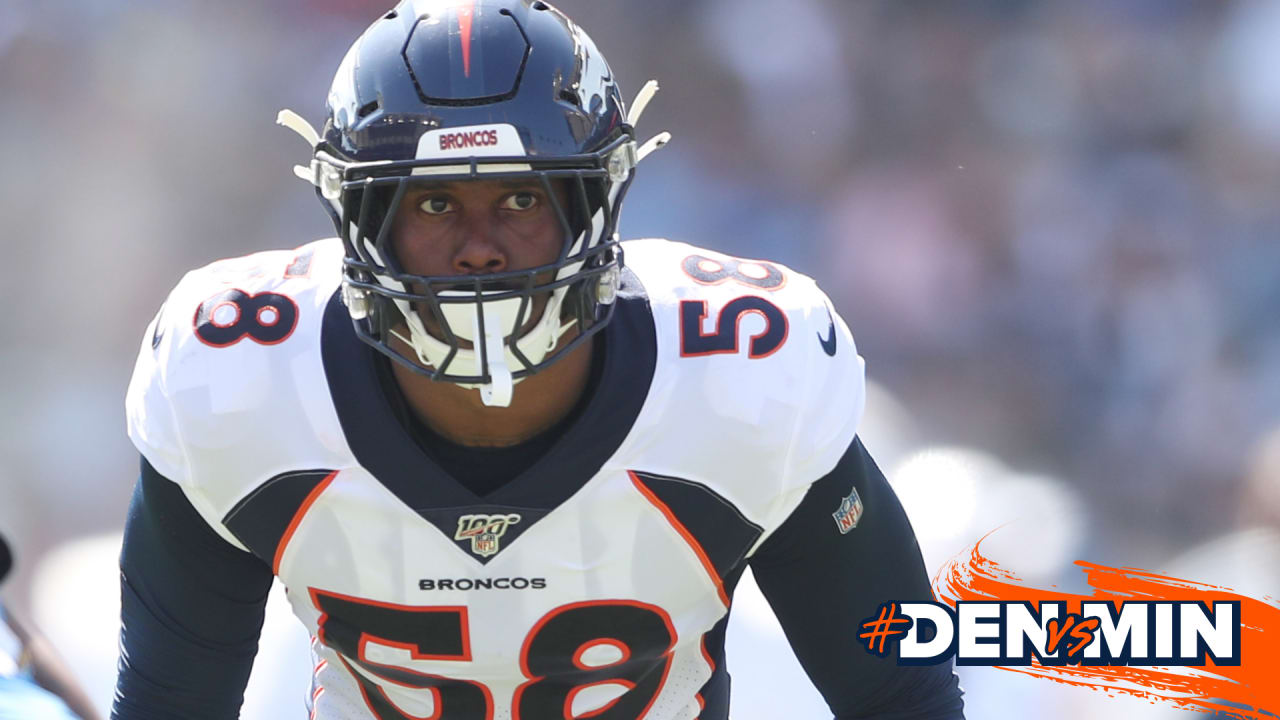 ENGLEWOOD, Colo. — As the Broncos enter Week 11, Von Miller finds himself in an unfamiliar position.

The seven-time Pro Bowler, who has racked up five consecutive seasons with at least 10 sacks, sits at 47th among the season’s sack leaders.

It’s a stark contrast from Miller’s normal positioning, as he’s challenged those at the top of the leaderboard over the past several seasons.

For comparison’s sake: While Miller ranks 47th this season, he needs just one sack to pass Jim Jeffcoat for 29th place on the all-time sacks list.

And since 2011, Miller’s 102 sacks still lead all players in that time frame.

Miller, though, isn’t concerned with his four-sack total.

“Honestly, I haven’t even really been thinking about it,” Miller said Thursday. “I know we still have … seven games left and two [sacks] and three [sacks] can get you right back in it. We’ve seen it with [Cardinals OLB] Chandler Jones this year, a four-sack game, the [two]-sack game he had after that and then boom, [he was] tied with the league lead. You can never just get discouraged. I know I’m rushing the passer good. I know I’m playing the run good. I know my game is where it is. I just have to keep playing.”

Miller has experience with those breakout games. In 2016, Miller recorded 10 sacks — and six of them came in two games.

While the numbers aren’t on pace with his normal production, Head Coach Vic Fangio sees the value in Miller’s play.

“Von’s gotten a lot of attention from the opposing offenses in the games,” Fangio said. “I think he’s had two of [the sacks] taken away through penalties. You look around the league [Bears OLB] Khalil Mack’s sacks are down this year. [Rams DT] Aaron Donald’s are down. It just happens sometimes. He’s gathering a lot of attention from other teams, but overall he’s still playing good.”

Miller’s quarterback pressures — he ranks fifth in the category according to Pro Football Focus — can be nearly as helpful as sacks.

“Absolutely,” Fangio said, “especially on third down if the next play they punt.”

Miller, though, made it clear that game-changing plays — whether via sacks, forced fumbles or other means — are the ultimate goal.

“Sacks are the things that you want, and turnovers and forced fumbles right after that,” Miller said. “I just try to play my game. … I don’t really put as much thought into sacks. I go in there and try to be the best player I possibly can. I try to take on double-teams, beat double-teams, play the run, anticipate snap count and that will lead to sacks. That’s what has been great for me in the past.”

His 102 sacks make that a difficult point to argue, and he’ll look to make his case stronger this weekend in Minnesota.

Miller has posted breakout games before. Could this be the next?

How Justin Simmons carried on his family’s legacy…

The Squeeze: Phillip Lindsay preparing for his…